The use of touchscreen technology is booming in this day and age, and for good reason. Companies across a broad spectrum of industries have successfully harnessed the power of touch for a wide variety of implementations after having realized the value touchscreens could bring to employees and customers alike. Touchscreens can allow for better customer service, thus producing an influx in sales, as well as provide a surge in productivity by employees controlling an industrial process. 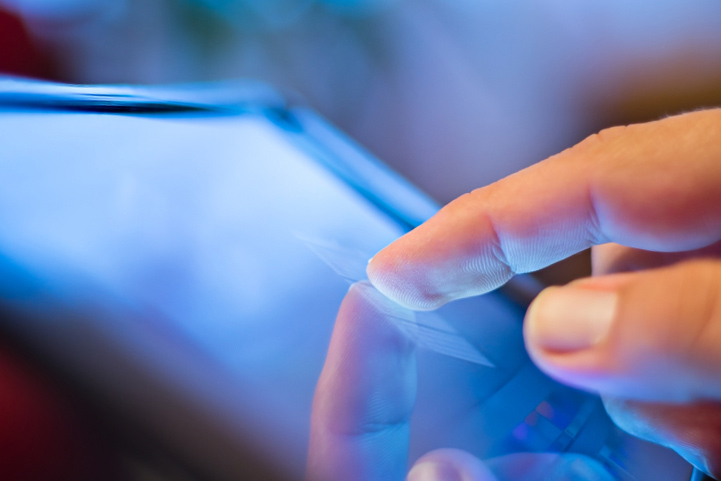 The resistive touchscreen is the prevalent form of touchscreen, and, as the name indicates, it relies on resistance to work. It is constructed using two clear layers, such as glass or acrylic substrate, separated by a thin gap. The inside of these two layers are coated in a conductive material, so when the two layers are pressed together, a voltage is passed between them, which produces an accurate measure of where the touch was made on the screen. 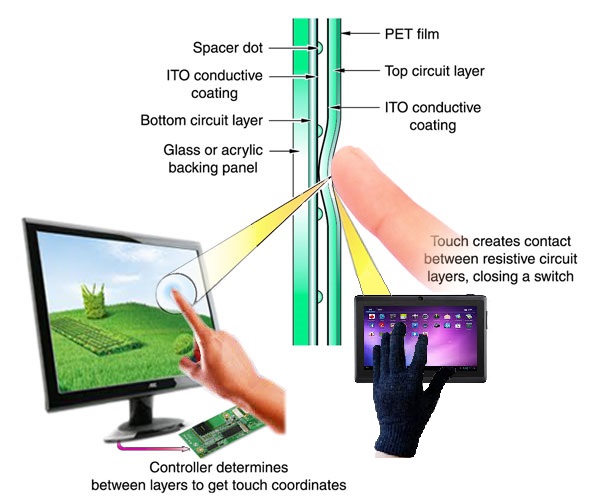 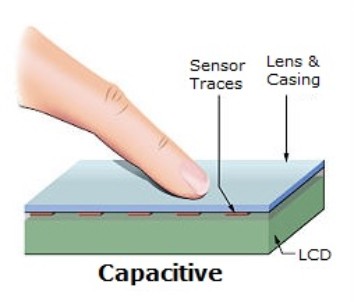 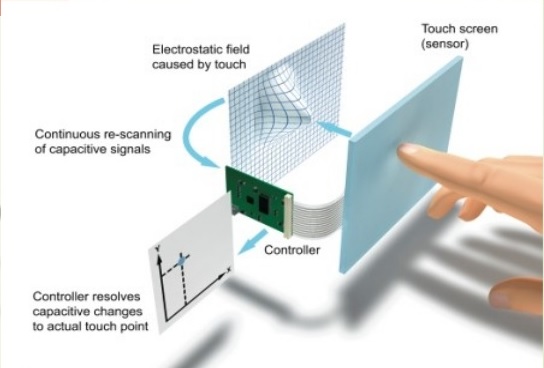 So why is it important to know the difference between resistive and capacitive touchscreens? Well, it is due to the fact that the differences in how they work create variances in how they perform and in what manner they must be used in order to work properly. Depending on the differing situations and environments where the touchscreen will operate, one type may be the better option over the other. 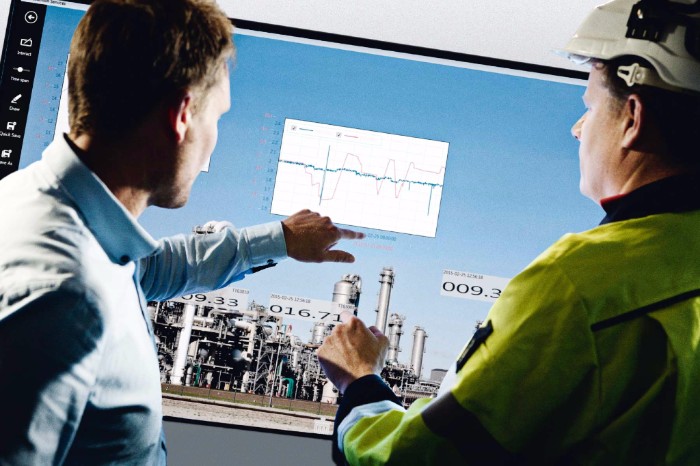 So let’s reflect on the distinction between resistive as well as capacitive touchscreens in order to uncover which of the two types may ultimately be the most advantageous for you and your business.

Reasons one may prefer Resistive to Capacitive:

Reasons one may choose the Capacitive option to the Resistive:

All in all, you will find that either type of touchscreen enhances and simplifies the user experience, but knowing the difference in the two versions will allow you to determine which is best suited for your particular application. In doing so, you are sure to come away with the touchscreen that will optimize capability as well as productivity when in use.

As might be expected, even when keeping all of the factors which we just covered in mind, there are still other concerns that may come into play when considering your distinct touchscreen needs. With the numerous ways that touchscreens can play a role in day-to-day tasks, it is always in your best interest to consult with your manufacturer for proposals and solutions to the challenges that you may specifically face with touchscreen utilization. Together, we are likely to come up with an appropriate custom touchscreen design to maximize efficiency, affordability, and effectiveness for you.

If you would like to learn more about Wilson Hurd’s Touchscreen division, please visit our website at www.wilsonhurd.com. You may also request a quote or sample, as well as download a free brochure detailing more information about Wilson-Hurd’s capabilities.

Want to change how you receive these emails?
You can update your preferences or unsubscribe from this list

Touchscreens are gaining popularity with manufacturers as an alternative to other switching technologies, and it is easy to see why. When it comes to user interfaces, touchscreens have successfully changed the way electronic equipment is used by simplifying the user experience and eliminating the need for buttons or keys. If you are considering incorporating a touchscreen into the design of your product, there are key items that you should consider.

A resistive touchscreen is constructed using two clear conductive layers (typically a glass or acrylic substrate and a polyester top sheet) that are separated by insulating dots. When the user touches the screen and compresses the top flexible layer, electrical contact occurs between the top and bottom layer.

Voltage is applied to the corners of a capacitive touchscreen and distributed by a pattern of electrodes located around the touchscreen periphery. This creates a uniform electric field across the conductive surface. When the user touches the screen with a conductive object (such as their finger), they are drawing a minute amount of current from the surface. This change in capacitance is measured at each point on the touchscreen allowing the touch position to be located.

Before you actually sit down and design your touchscreen, there are at least four main considerations you need to take into account:

These will help you determine the materials and types of technology to utilize in your touchscreen. For each consideration there are a number of questions you will need to ask yourself:

END_OF_DOCUMENT_TOKEN_TO_BE_REPLACED

Wilson-Hurd has been honored to work with the Middleton, WI-based company Electronic Theatre Controls (ETC) on a number of projects, including ETC’s own CEM3 System. The CEM3 System was designed by ETC to help reduce setup time, simplify system backups, and make the process of networking a lighting system run as smoothly as possible. The CEM3 platform provides a simple and risk-free way to control lighting on stages and touring events.

Wilson-Hurd’s engineering team was able to brainstorm and combine the most effective manufacturing capabilities to give the CEM3 System these key features:

To learn more about Wilson-Hurd’s capabilities, please contact us at 800.950.5013 or e-mail us at sales@wilsonhurd.com.

Are you a current customer of Wilson-Hurd? If you would like your company’s project to be featured on the homepage of our website in our “Featured Projects” section, please e-mail us at marketing@wilsonhurd.com.

How many times a day do you think you use a capacitive switch? Probably more than you would think. For instance, when you touch the mouse on your laptop, change the temperature on your oven or use a smartphone, you are using capacitive switching.

What are the advantages?

Where are they used?

If you would like to learn more about capacitive switches and to see how they operate, view our YouTube video below.

For more information on Wilson-Hurd and our capabilities, visit our website at www.wilsonhurd.com, and contact us at 1.800.950.5013 or at sales@wilsonhurd.com.

The collaborative effort between Electronic Theatre Controls (ETC) and Wilson-Hurd is the key to the success of ETC’s CEM3 project.

It’s possible you may have never heard of them, but chances are you have seen ETC’s work. Electronic Theatre Controls, based out of Middleton, WI, currently provides quality products to the following markets; entertainment lighting, specified architectural lighting, and industrial weighing and measuring. You could have seen their products lighting up the stage at the National Theatre in London, or maybe at the Guangzhou Opera House in China, or the 5th Avenue Theatre in Seattle, Washington. Or perhaps you saw their work gracing the outside walls of the new Palazzo hotel in Las Vegas, or climbing the side of the Burj Khalifa in Dubai. ETC has lighted up stages, artwork installations, and architecture all across the globe, and we at Wilson-Hurd have been honored to work with them on a number of projects, including ETC’s own CEM3 system.

The CEM3 system was designed by ETC to help reduce setup time, simplify system backups, and make the process of networking a lighting system run as smoothly as possible. The CEM3 platform provides a simple and risk-free way to control lighting on stages and touring events.

Wilson-Hurd’s engineering team was able to brainstorm and combine the most effective manufacturing capabilities to give the CEM3 system these key features:

“By closely working with Electronic Theatre’s design/engineering team, the Wilson-Hurd team developed a cost effective controller produced in Wisconsin.” says Dan O’Connell, Western Sales Director for Wilson-Hurd. “Our high quality digital press combined with our screen printing expertise produced a high end graphic for this capacitive touch controller.” adds O’Connell. According to Tom Steer, Product Manager at ETC, these product features are what really make a difference backstage, stating “The integrated backlighting (invaluable backstage), numeric keypad and touch wheel have vastly improved the user experience for customers working with our dimming systems, while the cast metal user interface gives the product the robustness it needs to cope with life in the field.” A difference made backstage, can make all the difference onstage.

For more videos from ETC, visit their Youtube channel here.